“The real question is, when will we draft an artificial intelligence bill of rights? What will that consist of? And who will get to decide that?” – Gray Scott.

Did you ever wonder how Artificial Intelligence is going to change our future? This is a very crucial and one of the most relevant issues that are being concerned by top technical researchers nowadays.

Good versus the evil impact of technology on our lives is a daily battle that runs on a variety of levels. However, the technocrats are moving forth by concentrating only on the positive side of technology.

The growth of Artificial Intelligence boosts this battle like this in an innovative technology that will certainly bring a great revolution in the world. With this revolution, AI does not only affect a far off, science-fiction kind of future, but an actual forthcoming reality too.

Its a time to take a look at the future of mankind and the revolutionary impacts caused by AI.

What is Artificial Intelligence?

Artificial intelligence is an area of computer science that deals with the creation of intelligent machines that work, react and think like humans. Big data is the aspect that is speeding up the growth of AI. It makes it possible for machines to learn from experience, adjust to new inputs and perform human-like tasks.

Some of the main characteristics of artificial intelligence are – 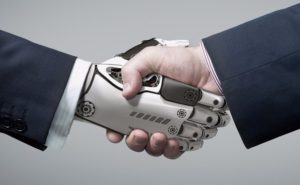 One thing that is certain about AI – after seeing its characteristics – is that our future is going to be immensely benefited with it. Here is the list of some great benefits caused by AI –

For this, Robots are invented to dodge one of the most hazardous jobs available such as bomb defusing. These robots are human controlled thus it only can take over our physical limitation. As the AI is improving its branches, the robot with self-learning can bring us at some different level of technology that we are dreaming of.

These are some good impact that we certainly going to see in future. Besides its benefits, there are some risks that AI brings with itself. Whole mankind will equally face its bad impact or we can say drawback that every technology have.

Risks Involved With The Growth Of Artificial Intelligence 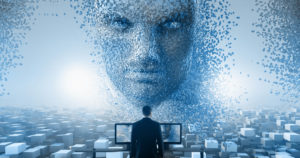 As the AI is immensely spreading its branches, there is no time left, when a human is going to be totally dependent on machines and machines conquer humans as well as its own limits too.

If there comes a time in future when machines are the leader over humans, then this will lead only to eradication.

Like every technology, Artificial intelligence also has some great advantages that can bring a great revolution in the world along with certain risks involved with it. In the case of other technologies, the risks are only involved with the growth of its rival technology and security aspects included with it.

AI is a technology that can change the entire mankind, thus it involves huge benefits and risks with it. But for better improvement, we have to go forth with its benefits only with huge certainty of growth only.

In the year 2019, we are certainly going to see several new projects based on AI. Many big giant industries like Google and Amazon are continuously working on this technology. Thus, we can say AI is going to be a magical future.

I am an enthusiast proofreader, earnest content writer, devoted to craft concise and high-quality content. I consider writing a noble profession that can transform a weak person to a highly commendable one.