The past year was a quite struggling period for the Blockchain technology due to the
monument crash of 2018, which raise a great uncertainty in the technical world about the
growth of blockchain in 2019. However, the adoption of blockchain with the market
trends was outspoken than estimation. Its usability was less in the industry in relation to
what its creators were expecting. It happens due to the huge turbulence in the crypto
markets in the past years. 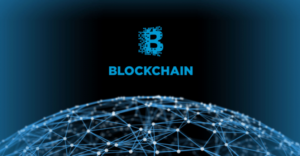 The Blockchain technology is developed to offer a great way for unauthorized parties to
reach consensus on a common digital history. As the digital assets and transactions are vulnerable to be faked and/or duplicated, thus blockchain is comprised of common digital history that makes these transactions secure even without using a trusted intermediary.

In other words, this revolutionary technology renders an advanced mechanism that allows
participants in a network to make sure they’re seeing at the definite identical information,
without needing to trust others for that.

The blockchain is continuously growing its innovative features to get an exceptional space
in the technical world and to be a beneficial part of the current market.

However 2018 has ended up with a huge downfall for blockchain and raises huge
challenges for it, many of us are wondering what changes will blockchain bring and what
new trends are going to be introduced by blockchain in this year and beyond.

Thus, the blockchain creators are further working to change its image in this year by
separating blockchain from crypto (with concern to business). This is predicted that
it will make its adoption on a large scale because it will introduce with several use
cases – completely unrelated to cryptocurrencies.

this year, blockchain will shift its terminology. It is highly expected that blockchain
will be gradually replaced with another neutral one – DLT or distributed ledger
technology.

If this change occurs in blockchain then it is certain that the adoption growth of
blockchain will be going to be much higher as it shows a clear picture of blockchain
to the executive teams working in the companies that their projects have nothing to
do with the hyped world of cryptocurrencies and ICOs.

According to a report of 2018 Deloitte’s Global Blockchain Survey, more than 40%
of respondents submitted that their organizations are supposed to invest
approximately $5 million or more in blockchain technology in 2019.

Also, in a survey initiated by the International Data Corporation shows respondents
are willing to invest millions into blockchain technology this coming year.

However, the association of blockchain with IoT is already picking up steam. A
report presented by International Data Corporation (IDC) clearly shows that 20% of
IoT inventions will be associated with blockchain technology at the end of 2019.

In the case of Artificial Intelligence, it is set to bring a huge revolution in the future
by associating with advancements being used in blockchain and in cyber security
amongst other industries. As it has a secure framework and automates data
exchange, it can effectually help the AI to enhance the user experience in lesser
cost.

These are some of the major changes that blockchain experts are expecting or marked as
a beneficial aspect for blockchain space in the future. However, it is difficult to predict what
it stores for the future. But these changes will transform the entire image of this powerful
technology and fill the lacks that it faces in the past.

I am an enthusiast proofreader, earnest content writer, devoted to craft concise and high-quality content. I consider writing a noble profession that can transform a weak person to a highly commendable one.